King James Version (KJV)
And Zadok the son of Ahitub, and Ahimelech the son of Abiathar, were the priests; and Seraiah was the scribe;
Adam Clarke
Bible Commentary

Was this helpful?
Albert Barnes
Notes on the Whole Bible
Verses 16-18

For a similar account of the officers of Solomon‘s kingdom, see 1 Kings 4:1-6, where Jehoshaphat is still the recorder, and Benaiah is advanced to be captain of the host in the room of Joab. The recorder seems to have been a high officer of state, a kind of chancellor, whose office was to keep a record of the events of the kingdom for the king‘s information, and hence, he would naturally be the king‘s adviser. See Esther 6:1-2; Isaiah 36:22; 2 Chronicles 34:8. Such an officer is found among the ancient Egyptians and Persians.

The Cherethites and the Pelethites - See the marginal reference note.

Chief rulers - The word כהן kôhên here rendered a “chief ruler,” is the regular word for a priest. In the early days of the monarchy the word כהן kôhên had not quite lost its etymological sense, from the root meaning to minister, or manage affairs, though in later times its technical sense alone survived.

Was this helpful?
Matthew Henry
Concise Bible Commentary
David neither did wrong, nor denied or delayed right to any. This speaks his close application to business; also his readiness to admit all addresses and appeals made to him. He had no respect of persons in judgment. Herein he was a type of Christ. To Him let us submit, his friendship let us seek, his service let us count our pleasure, diligently attending to the work he assigns to each of us. David made his sons chief rulers; but all believers, Christ's spiritual seed, are better preferred, for they are made kings and priests to our God, Re 1:6.
Was this helpful?
More Comments
Cross References
Zadok
1 Chronicles 6:8
1 Chronicles 6:53
1 Chronicles 24:3
1 Chronicles 24:4
and Seraiah
1 Chronicles 18:16
David in Conquest of Canaan 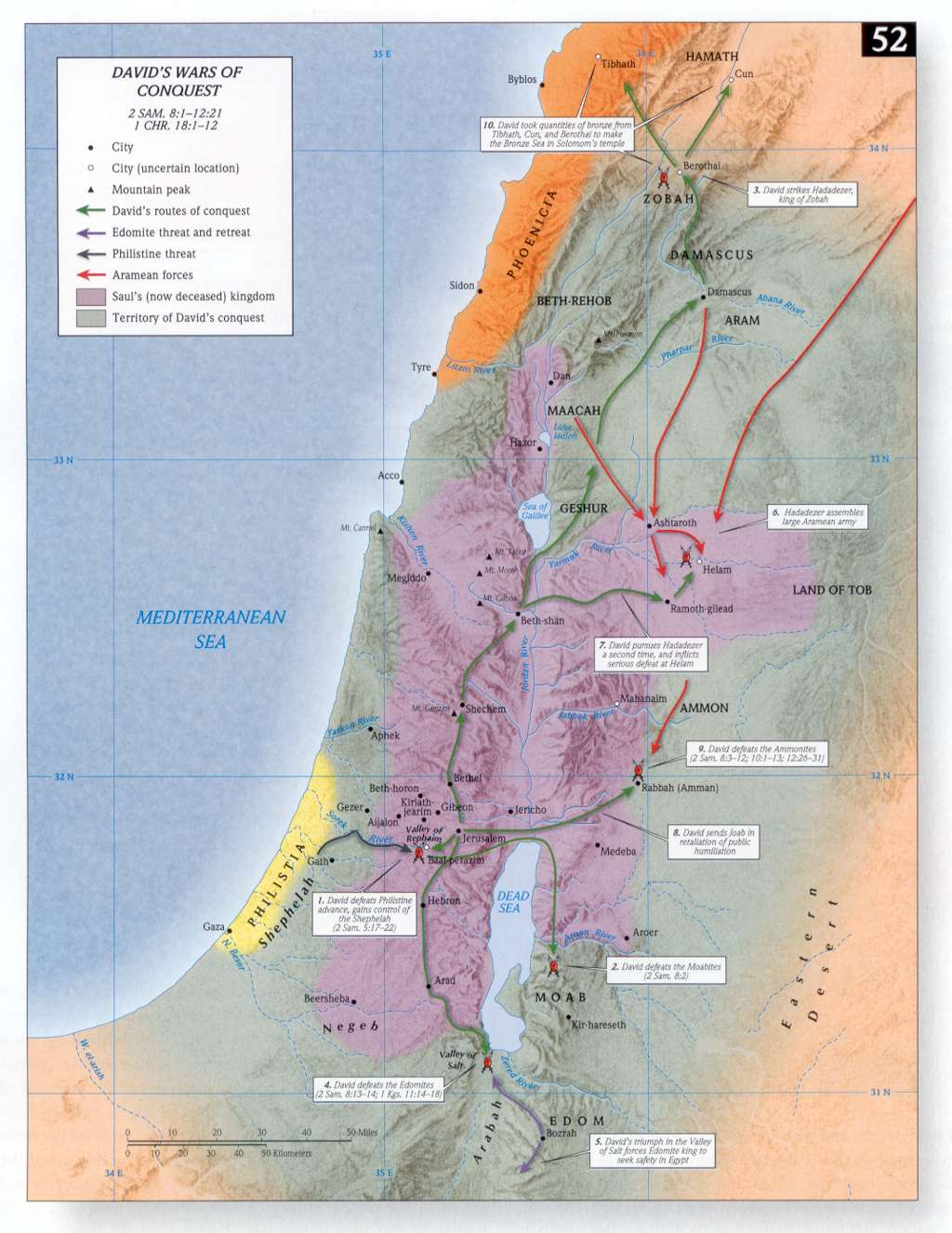