King James Version (KJV)
And it came to pass in the seven and thirtieth year of the captivity of Jehoiachin king of Judah, in the twelfth month, on the seven and twentieth day of the month, that Evil-merodach king of Babylon in the year that he began to reign did lift up the head of Jehoiachin king of Judah out of prison;
Adam Clarke
Bible Commentary

And it came to pass - Nebuchadnezzar was just now dead; and Evil-merodach, his son, succeeded to the kingdom in the thirty-seventh year of the captivity of Jehoiachin: and on the seven and twentieth day [Jeremiah says five and twentieth] of the twelfth month of that year, (Tuesday, April 15, A.M. 3442), he brought the long captivated Jewish king out of prison; treated him kindly; and ever after, during his life, reckoned him among the king's friends. This is particularly related in the four last verses of the book of Jeremiah.

The captivity of Jehoiachin commenced in the year 597 B.C. - the eighth year of Nebuchadnezzar. It terminated 561 B.C. - the first year of Evil-merodach, the son and successor of Nebuchadnezzar. He reigned only two years, being murdered by his brother-in-law, Neriglissar, or Nergal-shar-ezer. He is said to have provoked his fate by lawless government and intemperance.

Was this helpful?
Matthew Henry
Concise Bible Commentary
The king of Babylon appointed Gedaliah to be the governor and protector of the Jews left their land. But the things of their peace were so hidden from their eyes, that they knew not when they were well off. Ishmael basely slew him and all his friends, and, against the counsel of Jeremiah, the rest went to Egypt. Thus was a full end made of them by their own folly and disobedience; see Jeremiah chap. 40 to 45. Jehoiachin was released out of prison, where he had been kept 37 years. Let none say that they shall never see good again, because they have long seen little but evil: the most miserable know not what turn Providence may yet give to their affairs, nor what comforts they are reserved for, according to the days wherein they have been afflicted. Even in this world the Saviour brings a release from bondage to the distressed sinner who seeks him, bestowing foretastes of the pleasures which are at his right hand for evermore. Sin alone can hurt us; Jesus alone can do good to sinners.
Was this helpful?
SDA Bible Commentary (limited)
Volume 1-7

The twelfth month. The end of the Babylonian year, in the spring, just before the new-year festivities, would be a suitable time for the release of political prisoners.

Evil-merodach. Called Amel-Marduk in secular history. He was the son and successor of Nebuchadnezzar, and came to the throne early in October, 562 b.c., and reigned till August, 560 b.c.

The year that he began to reign. Literally, “in the year when he was [or became] king.” On the interpretation of this clause, see p. 161. 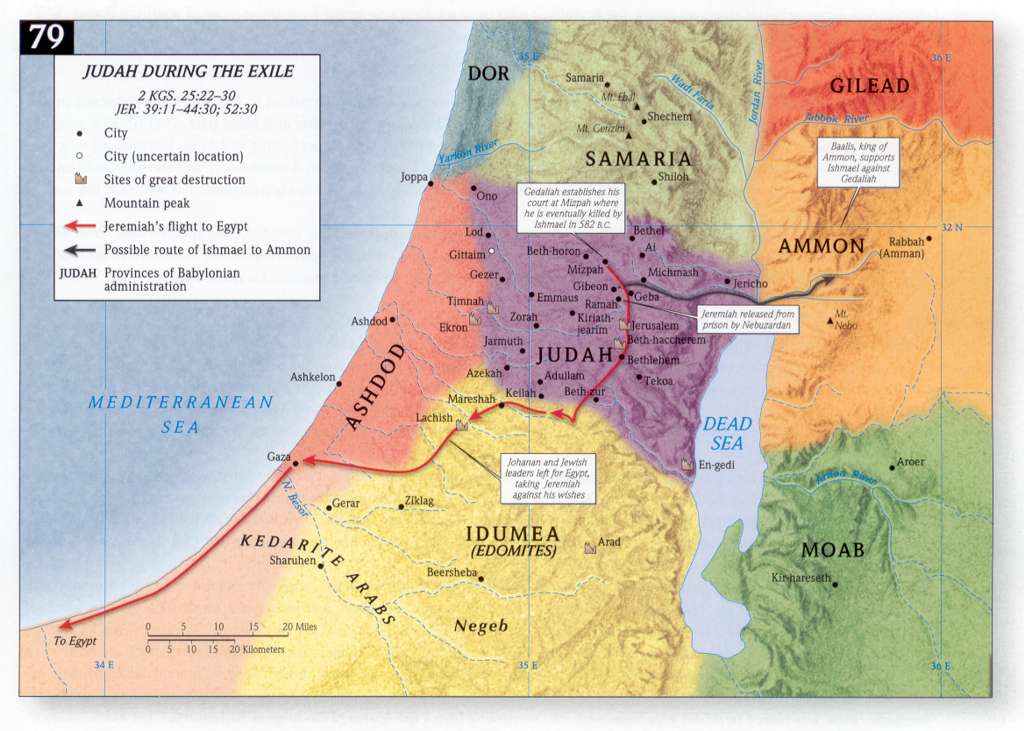