King James Version (KJV)
And for his diet, there was a continual diet given him of the king of Babylon, every day a portion until the day of his death, all the days of his life.
Adam Clarke
Bible Commentary

And - there was a continual diet given him - This was probably a ration allowed by the king for the support of Jehoiachin's household. For other particulars, see the note on 2 Kings 25:30.

All the days of his life - I believe these words have been by mistake added from the preceding verse. There, they are proper; here, they are tautological. They are wanting in the Septuagint and in the Arabic.

The preceding words, מותו יום עד ad yom motho, "to the day of his death," are wanting in two of De Rossi's and one of Kennicott's MSS.

Coverdale ends thus: - All the days of his life until he died. This is better than the common Version.

Immediately after this verse my old MS. Bible adds the following words: And done is aftir that into caitifte is brougt Israel, and Jerusalem is bestroide, satte Jeremye the prophet weepund, and weiled with this lamentation Jerusalem; and with bitter inwit sighand and criand weilawai, seide. Then follows in red letters: Here beginneth the Lamentation of Jeremye, that is intitle Cenoth; with the sortynge out of Ebrue letters.

Aleph: How sitteth aloon the city, etc. See something of a similar kind from other authorities, at the beginning of Lamentations.

Was this helpful?
Matthew Henry
Concise Bible Commentary
See this history of king Jehoiachin in 2Ki 25:27-30. Those under oppression will find it is not in vain for them to hope and quietly to wait for the salvation of the Lord. Our times are in God's hand, for the hearts of all we have to deal with are so. May we be enabled, more and more, to rest on the Rock of Ages, and to look forward with holy faith to that hour, when the Lord will bring again Zion, and overthrow all the enemies of the church.
Was this helpful?
SDA Bible Commentary (limited)
Volume 1-7

34. Continual diet. Rations issued to Yaukin (Jehoiachin), king of Judah, and his sons are mentioned on Babylonian records of 592 b.c., only a few years after his exile began (see Vol. II, p. 97). He was evidently free at first, but was later placed in prison, where he remained presumably until Evil-Merodach freed him and assigned him a food allowance until his death.

Loyalty to God, faith in the Unseen, was Joseph's anchor. In this lay the hiding of his power. Ed 54.1

“The arms of his hands were made strong By the hands of the mighty God of Jacob.” Ed 54.2

Read in context »
Was this helpful?
More Comments
Cross References
there was
2 Samuel 9:10
Matthew 6:11
every day a portion
Luke 11:3
Nebuchadnezzar's Campaigns against Judah 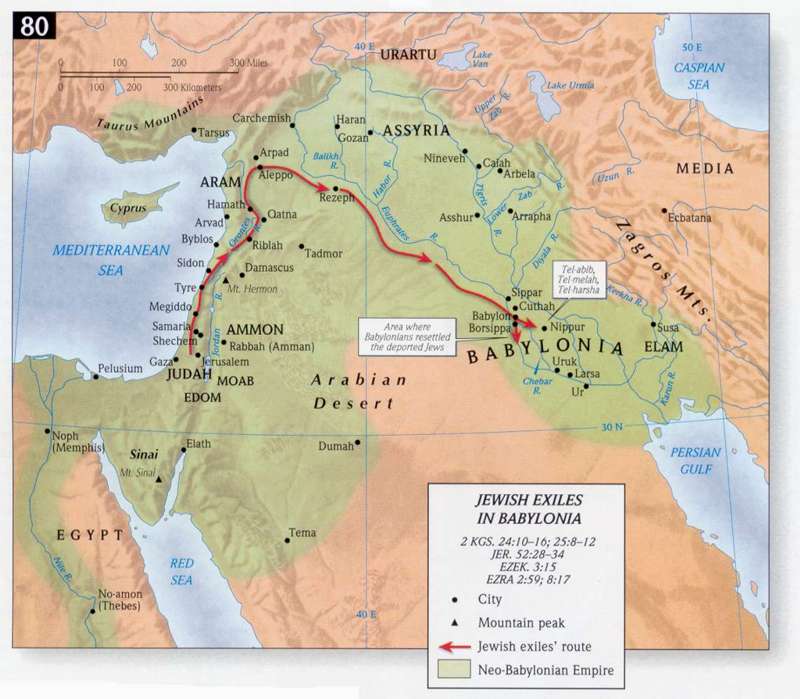