King James Version (KJV)
Yet now our flesh is as the flesh of our brethren, our children as their children: and, lo, we bring into bondage our sons and our daughters to be servants, and some of our daughters are brought unto bondage already: neither is it in our power to redeem them; for other men have our lands and vineyards.
Adam Clarke
Bible Commentary

We bring in to bondage our sons - The law permitted parents to sell their children in times of extreme necessity, Exodus 21:7.

The power of a father to sell his daughter into slavery is expressly mentioned in the Law Exodus 21:7. The power to sell a son appears from this passage. In either case, the sale held good for only six years, or until the next year of jubilee (see the marginal references).

Was this helpful?
Matthew Henry
Concise Bible Commentary
Men prey upon their fellow-creatures: by despising the poor they reproach their Maker. Such conduct is a disgrace to any, but who can sufficiently abhor it when adopted by professing Christians? With compassion for the oppressed, we should lament the hardships which many in the world are groaning under; putting our souls into their souls' stead, and remembering in our prayers and succours those who are burdened. But let those who show no mercy, expect judgment without mercy.
Was this helpful?
SDA Bible Commentary (limited)
Volume 1-7

5. Our flesh. These poor people were human beings, like their richer brethren, and stood in need of the necessities of life as much as they. Their own children were as dear to them as were children of the rich to their parents.

One class of people complained of families so large that it was impossible to provide them with food, another of having mortgaged their property because of famine, a third of having to resort to the moneylenders in order to pay their taxes, and a fourth of having fallen into the hands of usurious moneylenders. These people were suffering, not from the oppression of foreign tyrants, but from the exactions of their brethren.

Some of our daughters. On the legal right of fathers to sell their daughters see Ex. 21:7. Many of the returned exiles had escaped from Babylonian captivity only to find themselves in bondage to their brethren, and the latter state seemed more unbearable than the first. In Babylon the families remained united, but now children were taken from their parents to become the slaves of fellow Jews.

This chapter is based on Nehemiah 5.

The wall of Jerusalem had not yet been completed when Nehemiah's attention was called to the unhappy condition of the poorer classes of the people. In the unsettled state of the country, tillage had been to some extent neglected. Furthermore, because of the selfish course pursued by some who had returned to Judea, the Lord's blessing was not resting upon their land, and there was a scarcity of grain. PK 646.1 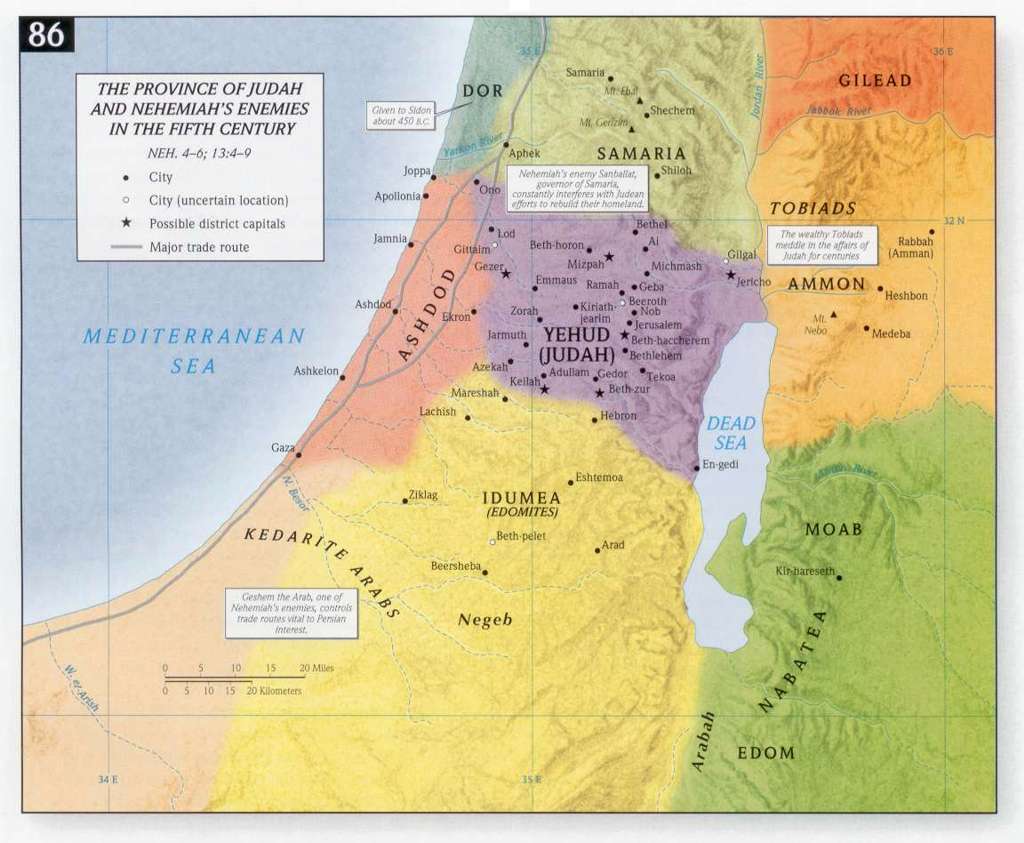