King James Version (KJV)
And Zedekiah the son of Chenaanah had made him horns of iron, and said, Thus saith the Lord, With these thou shalt push Syria until they be consumed.
Ellen G. White
Prophets and Kings, 192-6

To this wise provision for the spiritual needs of his subjects, Jehoshaphat owed much of his prosperity as a ruler. In obedience to God's law there is great gain. In conformity to the divine requirements there is a transforming power that brings peace and good will among men. If the teachings of God's word were made the controlling influence in the life of every man and woman, if mind and heart were brought under its restraining power, the evils that now exist in national and in social life would find no place. From every home would go forth an influence that would make men and women strong in spiritual insight and in moral power, and thus nations and individuals would be placed on vantage ground. PK 192.1

For many years Jehoshaphat lived in peace, unmolested by surrounding nations. “The fear of the Lord fell upon all the kingdoms of the lands that were round about Judah.” Verse 10. From Philistia he received tribute money and presents; from Arabia, large flocks of sheep and goats. “Jehoshaphat waxed great exceedingly; and he built in Judah castles, and cities of stores.... Men of war, mighty men of valor, ... waited on the king, beside those whom the king put in the fenced cities throughout all Judah.” Verses 12-19. Blessed abundantly with “riches and honor,” he was enabled to wield a mighty influence for truth and righteousness. 2 Chronicles 18:1. PK 192.2

Some years after coming to the throne, Jehoshaphat, now in the height of his prosperity, consented to the marriage of his son, Jehoram, to Athaliah, daughter of Ahab and Jezebel. By this union there was formed between the kingdoms of Judah and Israel an alliance which was not in the order of God and which in a time of crisis brought disaster to the king and to many of his subjects. PK 192.3 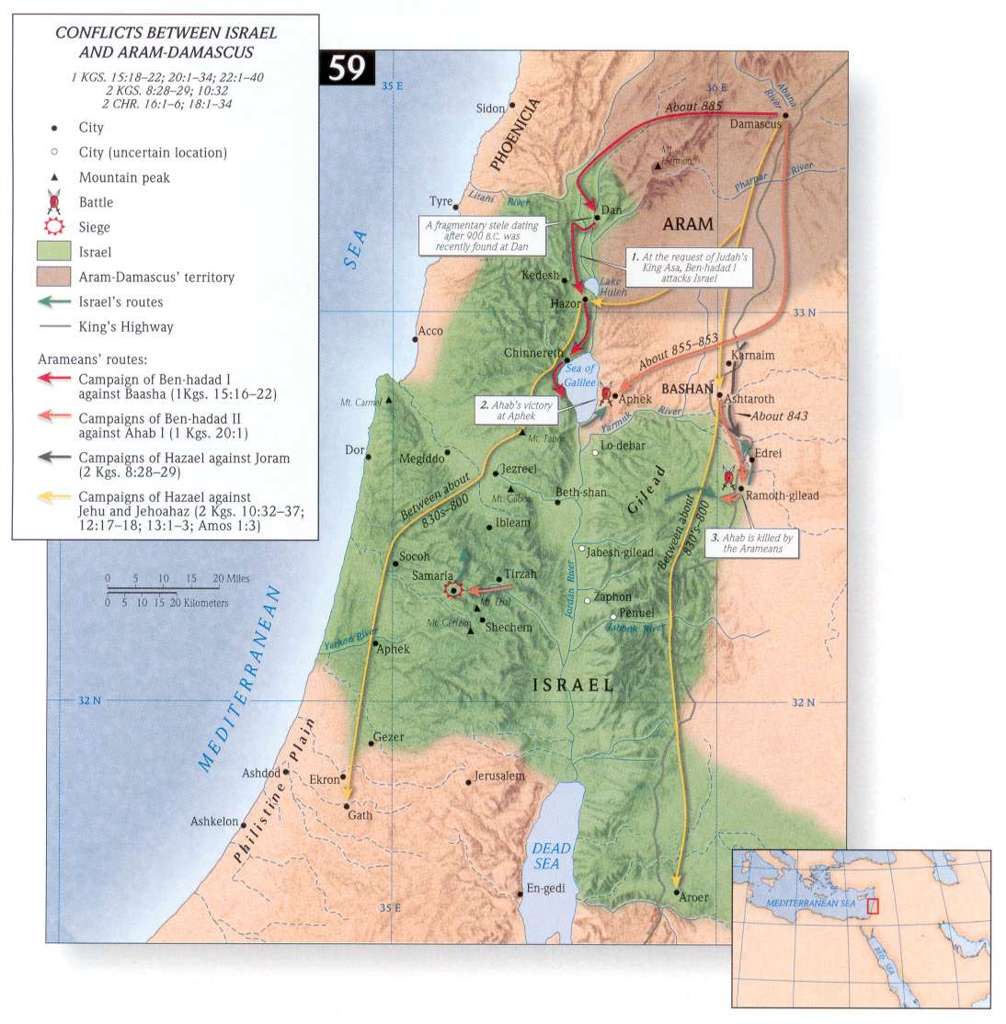