King James Version (KJV)
And it came to pass, when Ahab heard those words, that he rent his clothes, and put sackcloth upon his flesh, and fasted, and lay in sackcloth, and went softly.
Adam Clarke
Bible Commentary

He rent his clothes - He was penetrated with sorrow, and that evidently unfeigned.

Put sackcloth upon his flesh - He humbled himself before God and man.

And fasted - He afflicted his body for his soul's benefit.

Lay in sackcloth - Gave the fullest proof that his repentance was real.

And went softly - Walked barefooted; so the Chaldee, Syriac, and Arabic. The Vulgate has demisso capite, "with his head hanging down." Houbigant translates went groaning. Jarchi says that the word אט at, used here, signifies to be unshod. This is its most likely sense. All these things prove that Ahab's repentance was genuine; and God's approbation of it puts it out of doubt. The slow and measured pace which always accompanies deep and reflective sorrow is also alluded to by Aeschylus, where the Chorus are thus shortly addressed on the defeat of Xerxes. - Aesch. Pers. 1073.

"With light and noiseless step lament."

The repentance of Ahab resembles that of the Ninevites Jonah 3:5. It has the same outward signs - fasting and sackcloth - and it has much the same inward character. It springs, not from love, nor from hatred of sin, but from fear of the consequences of sin. It is thus, although sincere and real while it lasts, shallow and exceedingly short-lived. God, however, to mark His readiness to receive the sinner who turns to Him, accepted the imperfect offering (as He likewise accepted the penitence of the Ninevites), and allowed it to delay the execution of the sentence 1 Kings 21:29. So the penitence of the Ninevites put off the fall of Nineveh for a century.

And lay in sackcloth - In this particular he seems to have gone beyond the usual practice. We do not read elsewhere of mourners passing the night in sackcloth.

And went softly - “As if he had no heart to go about any business” (Patrick).

Was this helpful?
Matthew Henry
Concise Bible Commentary
Blessed Paul complains that he was sold under sin, Ro 7:14, as a poor captive against his will; but Ahab was willing, he sold himself to sin; of choice, and as his own act and deed, he loved the dominion of sin. Jezebel his wife stirred him up to do wickedly. Ahab is reproved, and his sin set before his eyes, by Elijah. That man's condition is very miserable, who has made the word of God his enemy; and very desperate, who reckons the ministers of that word his enemies, because they tell him the truth. Ahab put on the garb and guise of a penitent, yet his heart was unhumbled and unchanged. Ahab's repentance was only what might be seen of men; it was outward only. Let this encourage all that truly repent, and unfeignedly believe the holy gospel, that if a pretending partial penitent shall go to his house reprieved, doubtless, a sincere believing penitent shall go to his house justified.
Was this helpful?
Ellen G. White
Prophets and Kings, 204-7 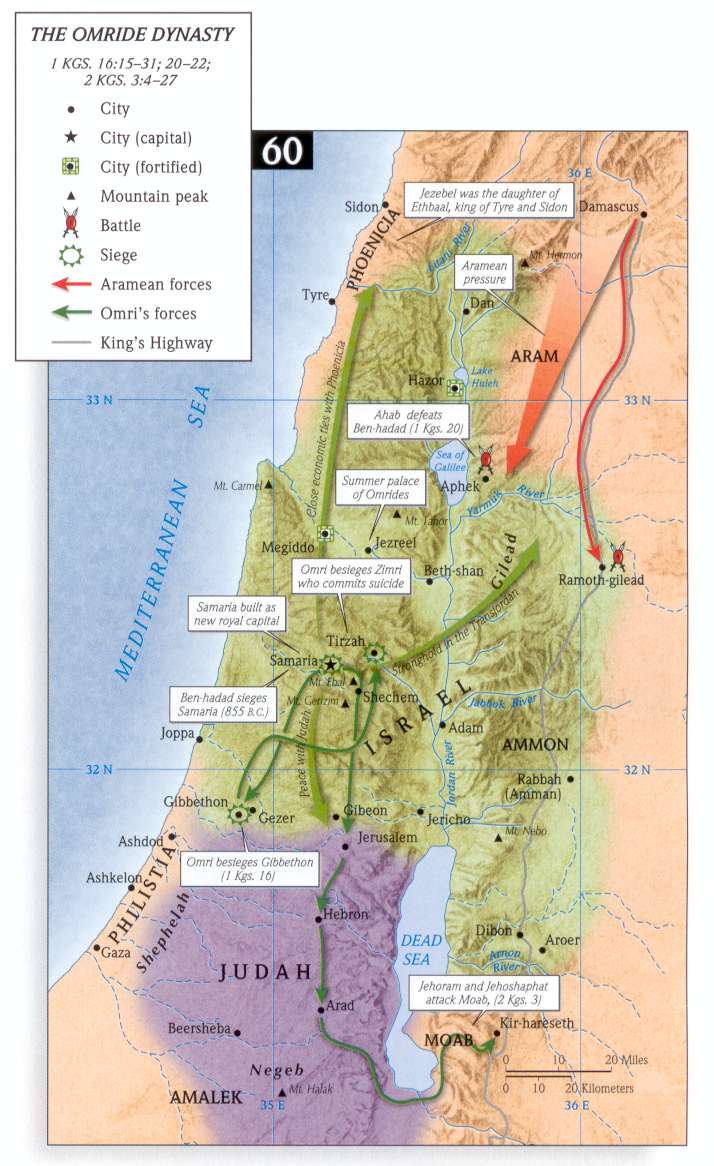