King James Version (KJV)
And they cried aloud, and cut themselves after their manner with knives and lancets, till the blood gushed out upon them.
Adam Clarke
Bible Commentary

They cried aloud - The poor fools acted as they were bidden.

And cut themselves after their manner - This was done according to the rites of that barbarous religion; if the blood of the bullock would not move him they thought their own blood might; and with it they smeared themselves and their sacrifice. This was not only the custom of the idolatrous Israelites, but of the Syrians, Persians, Greeks, Indians, and in short of all the heathen world.

Elijah‘s scorn roused the Baal-priests to greater exertions. At length, when the frenzy had reached its height, knives were drawn, and the blood spirted forth from hundreds of self-inflicted wounds, while an ecstasy of enthusiasm seized many, and they poured forth incoherent phrases, or perhaps an unintelligible jargon, which was believed to come from divine inspiration, and constituted one of their modes of prophecy.

The practice of inflicting gashes on their limbs, in their religious exercises, was common among the Carians, the Syrians, and the Phrygians. We may regard it as a modification of the idea of human sacrifice. The gods were supposed to be pleased with the shedding of human blood.

Lancets - Lancets, in our modern sense of the word, can scarcely have been intended by our translators. The Hebrew word is elsewhere always translated “spears,” or “lances;” and this is probably its meaning here.

Was this helpful?
Matthew Henry
Concise Bible Commentary
Many of the people wavered in their judgment, and varied in their practice. Elijah called upon them to determine whether Jehovah or Baal was the self-existent, supreme God, the Creator, Governor, and Judge of the world, and to follow him alone. It is dangerous to halt between the service of God and the service of sin, the dominion of Christ and the dominion of our lusts. If Jesus be the only Saviour, let us cleave to him alone for every thing; if the Bible be the world of God, let us reverence and receive the whole of it, and submit our understanding to the Divine teaching it contains. Elijah proposed to bring the matter to a trial. Baal had all the outward advantages, but the event encourages all God's witnesses and advocates never to fear the face of man. The God that answers by fire, let him be God: the atonement was to be made by sacrifice, before the judgment could be removed in mercy. The God therefore that has power to pardon sin, and to signify it by consuming the sin-offering, must needs be the God that can relieve from the calamity. God never required his worshippers to honour him in the manner of the worshippers of Baal; but the service of the devil, though sometimes it pleases and pampers the body, yet, in other things, really is cruel to it, as in envy and drunkenness. God requires that we mortify our lusts and corruptions; but bodily penances and severities are no pleasure to him. Who has required these things at your hands? A few words uttered in assured faith, and with fervent affection for the glory of God, and love to the souls of men, or thirstings after the Lord's image and his favour, form the effectual, fervent prayer of the righteous man, which availeth much. Elijah sought not his own glory, but that of God, for the good of the people. The people are all agreed, convinced, and satisfied; Jehovah, he is the God. Some, we hope, had their hearts turned, but most of them were convinced only, not converted. Blessed are they that have not seen what these saw, yet have believed, and have been wrought upon by it, more than they that saw it.
Was this helpful?
Ellen G. White
The Desire of Ages, 120

Jesus met Satan with the words of Scripture. “It is written,” He said. In every temptation the weapon of His warfare was the word of God. Satan demanded of Christ a miracle as a sign of His divinity. But that which is greater than all miracles, a firm reliance upon a “Thus saith the Lord,” was a sign that could not be controverted. So long as Christ held to this position, the tempter could gain no advantage. DA 120.1

It was in the time of greatest weakness that Christ was assailed by the fiercest temptations. Thus Satan thought to prevail. By this policy he had gained the victory over men. When strength failed, and the will power weakened, and faith ceased to repose in God, then those who had stood long and valiantly for the right were overcome. Moses was wearied with the forty years’ wandering of Israel, when for the moment his faith let go its hold upon infinite power. He failed just upon the borders of the Promised Land. So with Elijah, who had stood undaunted before King Ahab, who had faced the whole nation of Israel, with the four hundred and fifty prophets of Baal at their head. After that terrible day upon Carmel, when the false prophets had been slain, and the people had declared their allegiance to God, Elijah fled for his life before the threats of the idolatrous Jezebel. Thus Satan has taken advantage of the weakness of humanity. And he will still work in the same way. Whenever one is encompassed with clouds, perplexed by circumstances, or afflicted by poverty or distress, Satan is at hand to tempt and annoy. He attacks our weak points of character. He seeks to shake our confidence in God, who suffers such a condition of things to exist. We are tempted to distrust God, to question His love. Often the tempter comes to us as he came to Christ, arraying before us our weakness and infirmities. He hopes to discourage the soul, and to break our hold on God. Then he is sure of his prey. If we would meet him as Jesus did, we should escape many a defeat. By parleying with the enemy, we give him an advantage. DA 120.2

Read in context »
Was this helpful?
Ellen G. White
Prophets and Kings, 143-54

It is no time to be ashamed of our faith. We are a spectacle to the world, to angels, and to men. The whole universe is looking with inexpressible interest to see the closing work of the great controversy between Christ and Satan. At such a time as this, just as the great work of judging the living is to begin, shall we allow unsanctified ambition to take possession of the heart? What can be of any worth to us now except to be found loyal and true to the God of heaven? What is there of any real value in this world when we are on the very borders of the eternal world? What education can we give to the students in our schools that is so necessary as a knowledge of “What saith the Scripture”? 5T 526.1

Joseph, when honored by the Egyptians, did not conceal his loyalty to God. 5T 526.2

Read in context »
Was this helpful?
Ellen G. White
Education, 151

By one failure of his faith, Elijah cut short his lifework. Heavy was the burden that he had borne in behalf of Israel; faithful had been his warnings against the national idolatry; and deep was his solicitude as during three years and a half of famine he watched and waited for some token of repentance. Alone he stood for God upon Mount Carmel. Through the power of faith, idolatry was cast down, and the blessed rain testified to the showers of blessing waiting to be poured upon Israel. Then in his weariness and weakness he fled before the threats of Jezebel and alone in the desert prayed that he might die. His faith had failed. The work he had begun he was not to complete. God bade him anoint another to be prophet in his stead. Ed 151.1

But God had marked the heart service of His servant. Elijah was not to perish in discouragement and solitude in the wilderness. Not for him the descent to the tomb, but the ascent with God's angels to the presence of His glory. Ed 151.2

These life records declare what every human being will one day understand—that sin can bring only shame and loss; that unbelief means failure; but that God's mercy reaches to the deepest depths; that faith lifts up the repenting soul to share the adoption of the sons of God. Ed 151.3

Read in context »
Was this helpful?
Ellen G. White
Testimonies for the Church, vol. 1, 231

God does not require His people to imitate Baal's prophets, to afflict their bodies and cry out and shout, and throw themselves into almost every attitude, having no regard for order, until their strength fails through sheer exhaustion. Religion does not consist in making a noise; yet when the soul is filled with the Spirit of the Lord, sweet, heartfelt praise to God glorifies Him. Some have professed to have great faith in God, and to have special gifts and special answers to their prayers, although the evidence was lacking. They mistook presumption for faith. The prayer of faith is never lost; but to claim that it will be always answered in the very way and for the particular thing we have expected, is presumption. 1T 231.1

When the servants of God visited —— and ——, this delusion was sifted. Evidence was given that this work was spurious. But the spirit of fanaticism was stubborn, and would not yield to the light there given. Oh, that those who were in error had been corrected by God's servants whom He sent to them! Then and there God wished them to acknowledge that they had been led by a wrong spirit. Then there would have been virtue in the confession of their wrongs. Then they would have been saved any further following out of Satan's plans, and would have made no further progress in this dreadful delusion. But they would not be convinced. Brother G had sufficient light to take his stand against that fanatical work; but he would not decide from the weight of evidence. His stubborn spirit refused to yield to the light brought him by the servants of God; for he had regarded them with suspicion, and watched them with a jealous eye. 1T 231.2

I saw that the greater the light which the people reject, the greater will be the power of deception and darkness which will come upon them. The rejection of truth leaves men captives, the subjects of Satan's deception. After the Conferences at —— and ——, the subjects of this delusion were left to still greater darkness, to enter deeper into this strong delusion, and bring upon the cause of God a stain which would not soon be wiped away. A fearful responsibility is resting upon Brother G. While professing to be a shepherd he suffered the devourer to enter the flock, and looked on while the sheep were torn and devoured. God's frown is upon him. He has not watched for souls as one who must give account. 1T 232.1 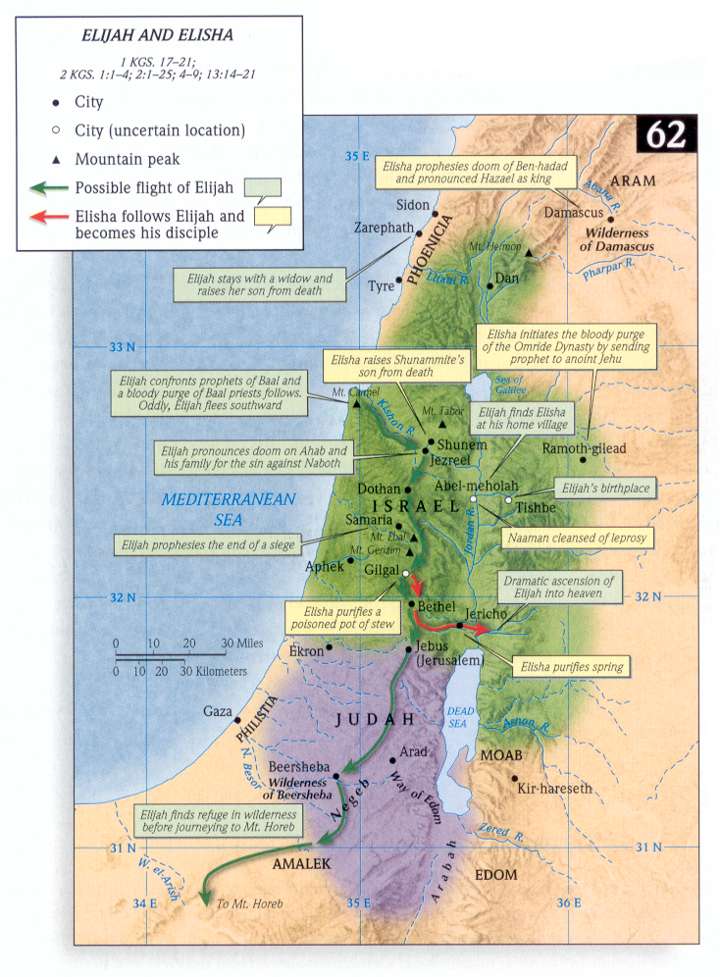