King James Version (KJV)
And the Lord our God delivered him before us; and we smote him, and his sons, and all his people.
Matthew Henry
Concise Bible Commentary
God tried his people, by forbidding them to meddle with the rich countries of Moab and Ammon. He gives them possession of the country of the Amorites. If we keep from what God forbids, we shall not lose by our obedience. The earth is the Lord's and the fulness thereof; and he gives it to whom he pleases; but when there is no express direction, none can plead his grant for such proceedings. Though God assured the Israelites that the land should be their own, yet they must contend with the enemy. What God gives we must endeavour to get. What a new world did Israel now come into! Much more joyful will the change be, which holy souls will experience, when they remove out of the wilderness of this world to the better country, that is, the heavenly, to the city that has foundations. Let us, by reflecting upon God's dealings with his people Israel, be led to meditate upon our years spent in vanity, through our transgressions. But happy are those whom Jesus has delivered from the wrath to come. To whom he hath given the earnest of his Spirit in their hearts. Their inheritance cannot be affected by revolutions of kingdoms, or changes in earthly possessions.
Was this helpful?
Ellen G. White
Patriarchs and Prophets, 433-4

After passing to the south of Edom, the Israelites turned northward, and again set their faces toward the Promised Land. Their route now lay over a vast, elevated plain, swept by cool, fresh breezes from the hills. It was a welcome change from the parched valley through which they had been traveling, and they pressed forward, buoyant and hopeful. Having crossed the brook Zered, they passed to the east of the land of Moab; for the command had been given, “Distress not the Moabites, neither contend with them in battle: for I will not give thee of their land for a possession; because I have given Ar unto the children of Lot.” And the same direction was repeated concerning the Ammonites, who were also descendants of Lot. PP 433.1

Still pushing northward, the hosts of Israel soon reached the country of the Amorites. This strong and warlike people originally occupied the southern part of the land of Canaan; but, increasing in numbers, they crossed the Jordan, made war upon the Moabites, and gained possession of a portion of their territory. Here they had settled, holding undisputed sway over all the land from the Arnon as far north as the Jabbok. The route to the Jordan which the Israelites desired to pursue lay directly through this territory, and Moses sent a friendly message to Sihon, the Amorite king, at his capital: “Let me pass through thy land: I will go along by the highway, I will neither turn unto the right hand nor to the left. Thou shalt sell me meat for money, that I may eat; and give me water for money, that I may drink: only I will pass through on my feet.” The answer was a decided refusal, and all the hosts of the Amorites were summoned to oppose the progress of the invaders. This formidable army struck terror to the Israelites, who were poorly prepared for an encounter with well-armed and well-disciplined forces. So far as skill in warfare was concerned, their enemies had the advantage. To all human appearance, a speedy end would be made of Israel. PP 433.2

Read in context »
Was this helpful?
Ellen G. White
Spiritual Gifts, vol. 4a, 52

Some can see only the destruction of God's enemies, which looks to them unmerciful and severe. They do not look upon the other side. But let everlasting thanks be given, that impulsive, changeable man, with all his boasted benevolence, is not the disposer and controller of events. “The tender mercies of the wicked are cruel.” 4aSG 52.1 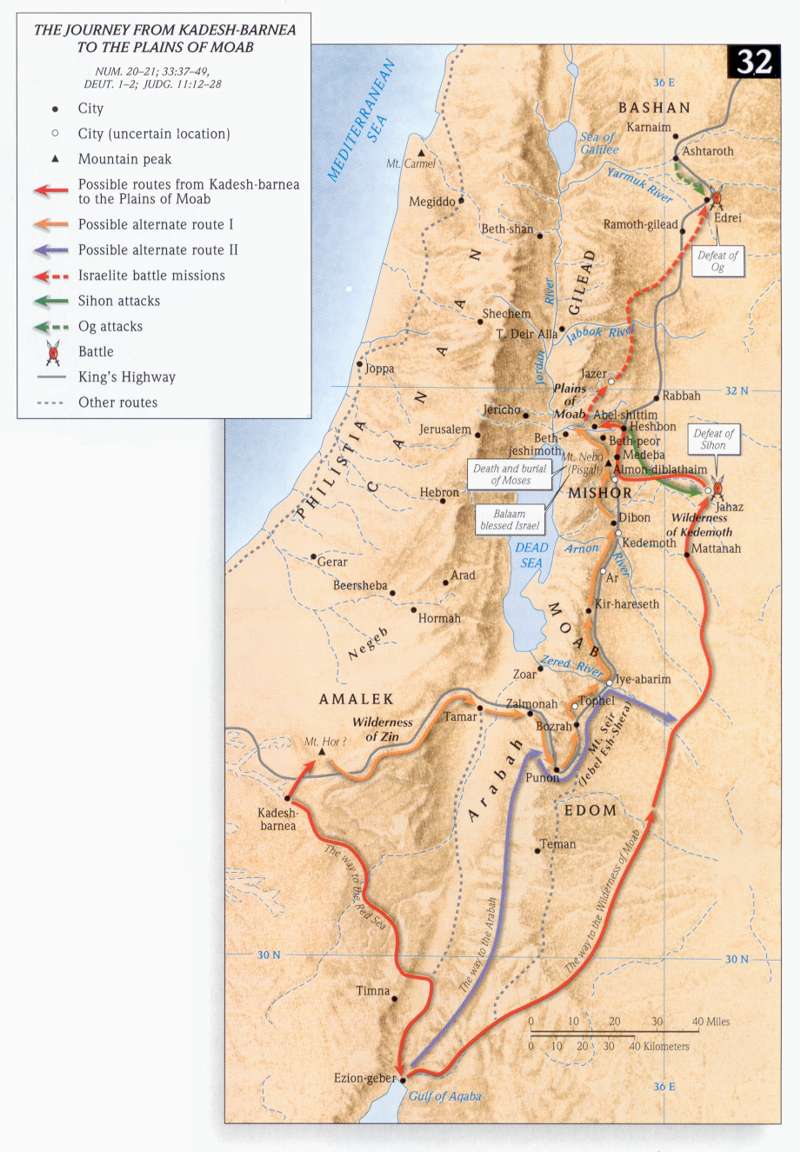