Jehoiakim gave the silver and the gold - Nechoh had placed him there as viceroy, simply to raise and collect his taxes.

Every one according to his taxation - That is, each was assessed in proportion to his property: that was the principle avowed: but there is reason to fear that this bad king was not governed by it.

Was this helpful?
Matthew Henry
Concise Bible Commentary
After Josiah was laid in his grave, one trouble came on another, till, in twenty-two years, Jerusalem was destroyed. The wicked perished in great numbers, the remnant were purified, and Josiah's reformation had raised up some to join the few who were the precious seed of their future church and nation. A little time, and slender abilities, often suffice to undo the good which pious men have, for a course of years, been labouring to effect. But, blessed be God, the good work which he begins by his regenerating Spirit, cannot be done away, but withstands all changes and temptations.
Was this helpful?
SDA Bible Commentary (limited)
Volume 1-7

Of every one. The money exacted by Pharaoh came not from the king but from the people. When Assyria exacted 1,000 talents of silver from Menahem, the sum was secured by a levy on all the men of wealth (ch. 15:19, 20). In this instance, however, there appears to have been a general tax on everyone, poor and rich.

Was this helpful?
Ellen G. White
Prophets and Kings, 412

Thus the prophet stood firmly for the sound principles of right living so clearly outlined in the book of the law. But the conditions prevailing in the land of Judah were such that only by the most decided measures could a change for the better be brought about; therefore he labored most earnestly in behalf of the impenitent. “Break up your fallow ground,” he pleaded, “and sow not among thorns.” “O Jerusalem, wash thine heart from wickedness, that thou mayest be saved.” Jeremiah 4:3, 14. PK 412.1

But by the great mass of the people the call to repentance and reformation was unheeded. Since the death of good King Josiah, those who ruled the nation had been proving untrue to their trust and had been leading many astray. Jehoahaz, deposed by the interference of the king of Egypt, had been followed by Jehoiakim, an older son of Josiah. From the beginning of Jehoiakim's reign, Jeremiah had little hope of saving his beloved land from destruction and the people from captivity. Yet he was not permitted to remain silent while utter ruin threatened the kingdom. Those who had remained loyal to God must be encouraged to persevere in rightdoing, and sinners must, if possible, be induced to turn from iniquity. PK 412.2

The crisis demanded a public and far-reaching effort. Jeremiah was commanded by the Lord to stand in the court of the temple and speak to all the people of Judah who might pass in and out. From the messages given him he must diminish not a word, that sinners in Zion might have the fullest possible opportunity to hearken and to turn from their evil ways. PK 412.3 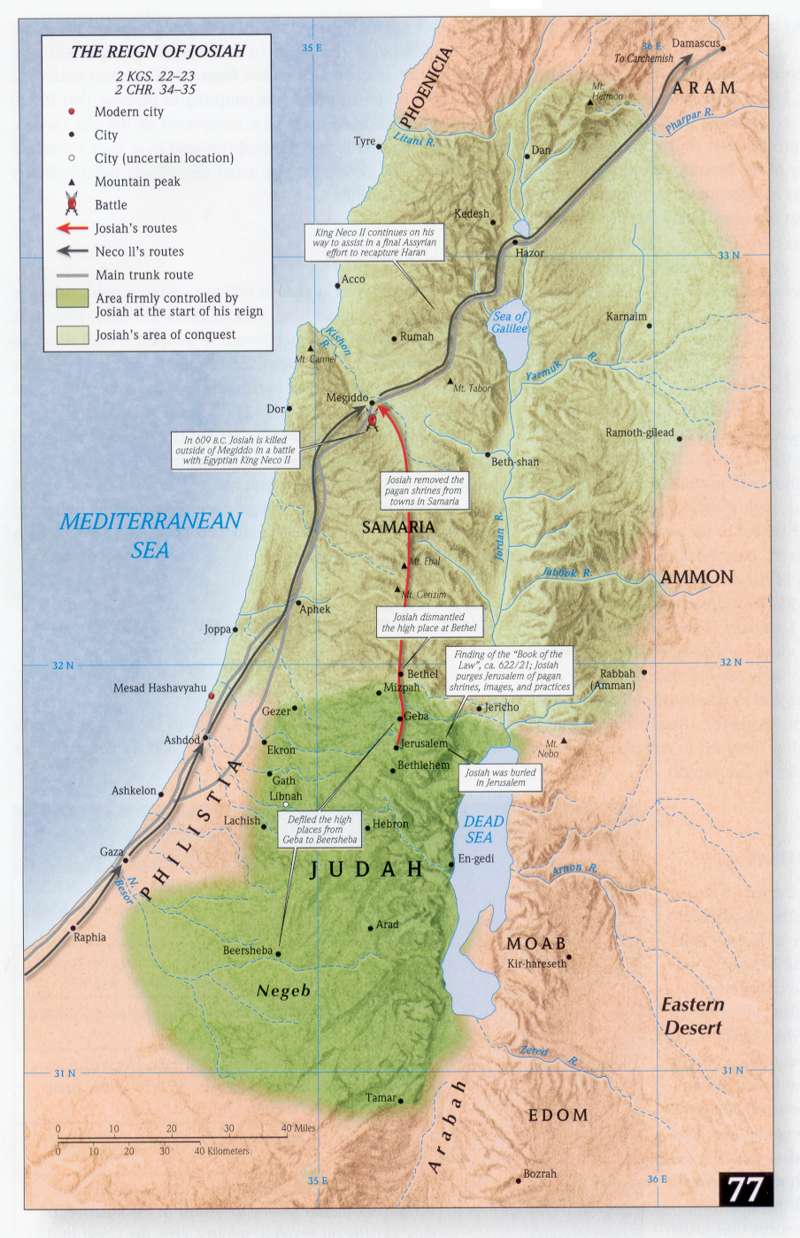 The Golden Age of King Josiah