King James Version (KJV)
And David said to Abishai, Destroy him not: for who can stretch forth his hand against the Lord’s anointed, and be guiltless?
Matthew Henry
Concise Bible Commentary
How soon do unholy hearts lose the good impressions convictions have made upon them! How helpless were Saul and all his men! All as though disarmed and chained, yet nothing is done to them; they are only asleep. How easily can God weaken the strongest, befool the wisest, and baffle the most watchful! David still resolved to wait till God thought fit to avenge him on Saul. He will by no means force his way to the promised crown by any wrong methods. The temptation was very strong; but if he yielded, he would sin against God, therefore he resisted the temptation, and trusted God with the event.
Was this helpful?
SDA Bible Commentary (limited)
Volume 1-7

9. Destroy him not. David exercised independent thought. He was above taking any living man as his criterion for conduct. He had developed his philosophy of life, not from tradition, but from the principles laid down in divine revelation. Among the precepts of the Mosaic law, with which David had familiarized himself, was the following: “You shall not revile God, nor curse a ruler of your people” (Ex. 22:28, RSV). David possessed keen spiritual discernment and understood this law to prohibit such action against the king as Abishai advocated. David’s spiritual interpretation of the Mosaic regulations was far advanced over that of the Jewish leaders in Christ’s day, who tried to maintain the letter of the law while violating its spirit! David’s ability correctly to interpret Scripture was aided by the guidance given him through (1) the prophets, (2) the Urim and Thummim, (3) the mileposts of providential protection that, for many years now, had been erected in his life, (4) the historical evidences of God’s power during the past centuries as rehearsed at the feet of Samuel in the schools of the prophets, (5) the inspiration received through his association with kindred souls filled with the same spiritual discernment, and (6) the gift of the Holy Spirit that enabled him to speak by inspiration (see 2 Sam. 23:2).

Was this helpful?
Ellen G. White
Spiritual Gifts, vol. 4a, 91 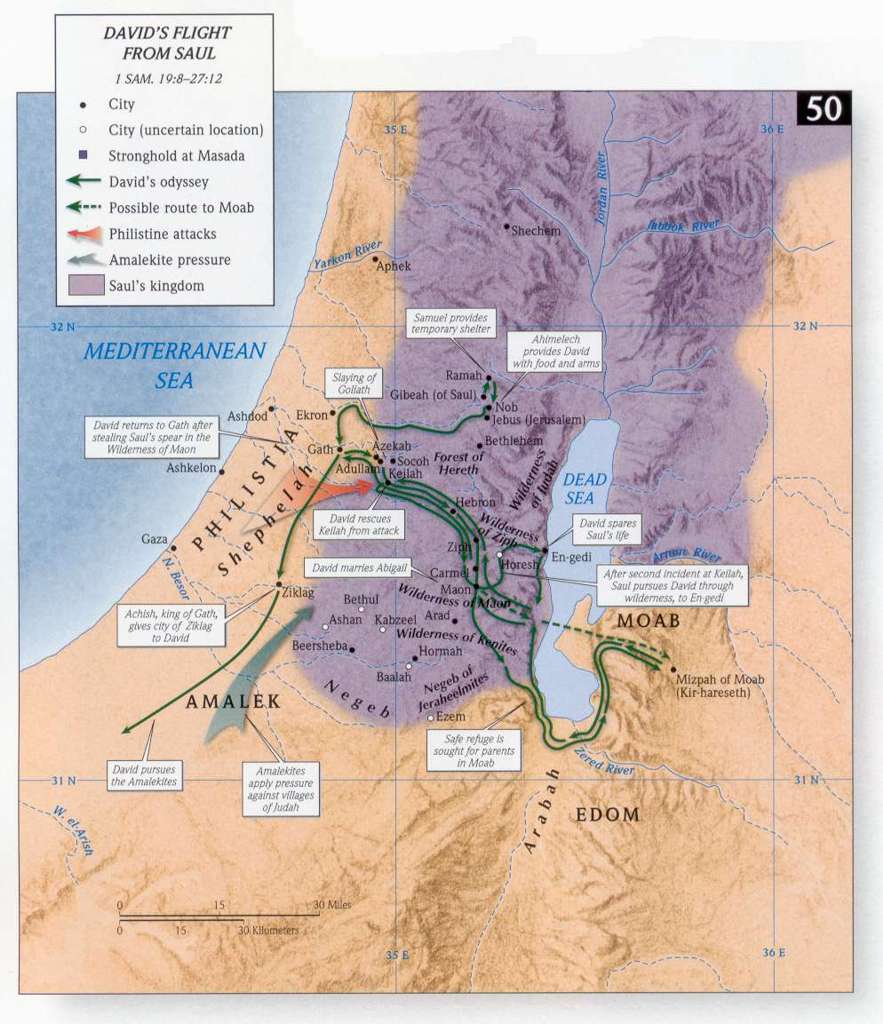